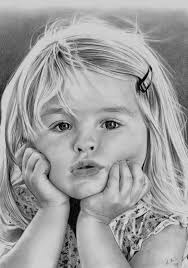 "Innocence means you've done nothing wrong. You've broken no laws, committed no sins, and are not guilty of any morally evil act. ... The word comes from the Latin innocentia, which means “not harming” and someone with innocence will not harm themselves or others, at least not on purpose."
So yesterday, while channel surfing, I came across one of my favorite old movies. As in almost every case, I paused to watch. After the movie's end, wearing a smile on my face, my mood elevated, I googled Rotten Tomatoes to see what that iconic movie review site thought of the flick. I was surprised to see it scored a very healthy 87%...meaning 87% of movie goers like the film.
Too bad that the next google entry had the 1958 New York Times movie review, digitized and archived into perpetuity. Not unexpectedly that sophisticated New York movie critic hated the film. "Syruppy and Overly-Sentimental", declared the critic.
I was not surprised. Nearly every movie that ever had me leaving the theater feeling good has been scorned by the big urban critics. They seem to detest anything that purports to be wholesome, that might celebrate American innocence. I've never understood their vehemence of any story that doesn't contain a minimal degree of grit......a wallowing of the human soul in a hot tub of human failure.
Those critics charge we who enjoy wholesome movies as being unsophisticated and lacking in intelligence...forever lost in a world that never was as good as we perceive it to be.
I just wish I could get it across to those critics that those of us who enjoy a wholesome story are not lost within our fantasies. We just want to celebrate innocence when we find it.....and mourn it when it is lost.
I can remember when our TV networks followed a decency code. This was meant to protect our children from being exposed to things they shouldn't see until they are old enough to deal with them. Many folks today would say that decency code was censorship. I don't believe it was as much censorship as allowing children to hold on to their innocence for a while longer. What is wrong with that? Just look around you today. Are kids better off for having access to the most extreme violence in movies, games, raw TV fare and obscene records? I guess your answer depends on your own personal views and societal priorities. I think we'd be better off if our children could hold off on using the "fuck word" for a few more years.
As to the reality of "wholesome innocence", I don't believe my generation was much fooled about what we saw on television back then. We didn't need to see a gaping bloody wound to get the full experience of a western shootout. Hell, half the time we ignored the fact that the dead guy's shirt wasn't even spotted! Nor did we think the typical American family was the Donna Reed clan. We saw plenty of everyday reality, including many of our parents struggling to feed the family, to believe every Dad was a doctor and every housewife got to stay home, baking cookies and attending PTA meetings, and volunteering at the Community Chest. No, the Donna Reed Show, or Andy Griffith, or Father Knows Best were just shows that reflected what families might hope someday to be.
Today we have far too many children who have the Santa Clause myth destroyed far too early. We have the societal plague of seven year olds being taught by their liberal moms to scream "Fuck Trump" at campaign rallies. We have boys and girls facing gender challenges before they even develop pubic hair.......their parents praising five year old Johnny's penchant for pink ballet slippers and Sarah's love for baseball. Neither of those early trends are signposts for gender switching........maybe little Johnny just likes silk, and maybe Sarah just loves the feeling when the fat of the bat meets a 50 mile per hour fastball! What say we leave the kids alone and let em work it out for themselves!
At any rate, I loved that old movie yesterday. The characters all had their faults and failings, but there was love to salve the hurt....and always someone there to pick them up when they stumbled. At one point in the movie one of the characters says (and I paraphrase) "well this is a hell of a mess but you have the strength of love with you, and if you have a sense of humor, well that is the weapon of the angels".
Alas, New York movie critics do not believe in angels. Too bad. I believe we are all better off when we listen to our better angels.
Posted by A Modest Scribler at 3:00 AM

When I watch TV, one of my favorite channels is AMC. Just like you, I enjoy the old pieces, where the story was the focus and not the sexuality, the gore, or the profanity. TV today speaks volumes about the coarsening of the culture, and that's too bad. Well written. One more off the wall story. When I was in law school,one of my first year classes offered the following extra credit question on the final: "Write the lyrics to the theme song from the show "Green Acres" for 5 additional points. " It was a class of about 60 students. I was identified as the only student to earn those 5 points.

Love the Green Acres tidbit. After I wrote this I went over and did a review of this week's TV listings. I was amazed at how many of those singing shows are on now. Apparently America no longer has a gag factor. One chocolate bar is fine. A box of them would give me the screaming squirts. Add up all the bachelor and bachelorette shows, the cop shows, the many reality shows, the talk shows and the day time "judgeships" and that's pretty much today's TV fare. Sad. Damned Sad.