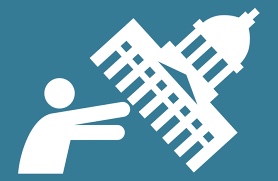 Unlike Europe, and Asia, America has never been much of a mannered society.  While other countries relied on class or well established custom, America, the mongrels that we were, pretty much got by on our semi-respect for our newly formed institutions, and a bit of mutual kindness.

Alas, in the second half of the 20th Century, we began to see the dissolution of our institutions.  First came the wholesale abandonment of the farm, in favor of urban living, then a quite natural erosion of the extended family as social unit.  In the 60's we began to experience the "two worker family", when mom joined pop in the work force.  With no one at home, and the harvesting of millions of latch key kids, even the basic family unit began to deteriorate.

As the institution of the nuclear family began to dissolve so too did our educational system...no one available to attend parent-teacher conferences, or PTA meetings, with both working parents too tired to help with, or even monitor homework.

Later in the 60's, and throughout the 70's those latchkey kids grew up and, having never been schooled with any working set of principles, decided it was okay to decide which wars they would choose to fight in.  And they decided that sex need not be practiced solely through the marriage union.  And thanks to the liberal courts those same young adults found that abortion was a perfectly sound solution to birth control.  So that, by the latter half of the last century, even the sanctity of human life was something to be negotiated.  And why worry about any religious concerns...because no one need attend church either.

All of those societal changes contributed to a gradual decline in the many institutions that held us together.  And, as it must, our government at all levels began to reflect how society as a whole valued moral principle.  Big city mayors became kingpins, employing the arts of graft and corruption, and the rewarding of municipal workers to support them electorally.  State houses became the catalyst for relaxing the rule of laws, in favor of governmental handouts and a happy electorate.

Then, at the federal level, we had a President that practiced sodomy in the Oval Office, and that was okay cause he was a charming rascal who could talk "perty".

Then, in 2008 we elected the most "un-American" President we've ever had....a fellow who grew up smoking dope, riding the scholarships of academia that favored minorities and scorned the idea of holding down a job, instead favoring the generous offerings so freely available to a community organizer and those he sought to transform into his image.

And when he achieved office, one Barack Hussein Obama decided that thugs were victims and that law enforcement were the bad guys.  And since every President has always been the "mouthpiece" for the fashioning of societal attitudes, more and more people began disparaging the police as an institution, and challenging any law that proved inconvenient in their compliance.  Even contract law, one of the very pillars of civilized society, was turned on its head under this President.  Banks holding mortgages were forced into forgiving loans, banks assuming the total blame for mortgages left unpaid.  And what once was America's largest corporation; General Motors, was nationalized by an intrusive government, control of that corporation given to union labor.

Then Barack and his party commandeered our immigration laws.  Calling them offensive to "our Mexican guests" both Obama and the Democratic Party chose to ignore our immigration laws altogether.  And, following "Dear Leader's" cue, half of America now believes open borders is a pretty fine idea.

So, let's review again how the institutions that once kept us in a state of societal control is crumbling beneath our feet.  The dissolution first of the extended family (grandpa and grandma at home), followed by the nuclear family,  Then the church, as corrupted as any other institution, began playing a smaller and smaller role in our moral development declined.  Our school systems, with no one concerned except the selective good teachers, began turning out illiterates and that institution too is now a costly grand joke.  Now our police are under constant attack.  And as more and more folks hitch a ride on the government gravy train, even the idea of work is a frightful thing.

Now, as I look to Washington, all I see are clowns and cowards.  I see a million federal workers unemployed, all over a dispute about a $5 billion dollar wall....one half of one percent of our federal budget, and a group of federals fighting over whether we should enforce our immigration laws.

And, folks, I fear that this latest crop of clowns and cowards are the last brick put in place for total national anarchy.  It is not inconceivable that, when the whole of America loses respect for our federal lawmakers, we begin to enter "3rd World Territory"...with the occasional coup to overthrow the current crop of corrupt..in favor of the next crop of corrupt.

Every institution in America is either under assault or are as dead as our founding fathers.  (Indeed there is a growing distaste for those founders themselves.)  When you have nothing to hold society together you can at best expect the arrival of American anarchy that will trump every unstable society that ever peopled the earth.

This anarchy arrived in stages over the last 75 years.  It has now turned into a growing cancer that threatens to destroy our republic.  And the only certainty we can derive from all this is that, no matter how corrupt and cowardly our government has become, it all began with us.

When I see clips of 20 somethings unable to even identify America or any other Country on a map, that's proof enough that our educational system has failed us miserably. Geography and History have taken a back seat to indoctrination. But that doesn't excuse "Parental failure". There's enough blame to go around.

Plenty of blame for sure, Frank.

One of your best writings, thank you. Unfortunately all true. I still maintain a glimmer of hope with the current administration. Coarse and a bit reckless, but very entertaining in upsetting the liberal doctrine. Anyone who can best Pelosi deserves re-election and I want to see him carry out this shutdown 'til the damn wall is finished.