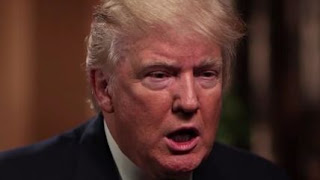 Note:  Pardon my unannounced absence.  A family medical emergency and other matters have me other wise occupied of late.

In recent days I've felt like talking politics about as much as I'd like to be wallowing in a tub of shit. However, I find it remarkable that, again, Trump is representing our best interests, while Democrats and Republicans and American businesses skewer him.
Nothing except losing money will force Mexico to stop aiding and abetting the mass migration from their own nation as well as Honduras and Guatemala.
Will Trump stick to his guns on the Mexico tariffs? Hell, I don't know. But here's a few things I do know:
1) Business does not like the tariffs....and businesses love illegal immigration. It affords them a cheap labor force, allows them to snub their nose toward paying a decent wage to American citizens, and gives them more consumers to purchase their goods and services. And businesses do not care how large the social burdens, or how high the crime rates soar. Their financial bottom line and obscene profits are all they care about.
2) Democrats do not care about illegal immigration because they believe that illegal immigration gives them a wider voting base. They have shown time and again that they are willing to defy immigration laws in order to achieve that goal.
3) Republicans are against the tariffs because it's bad for business and it is business that fills the coffers of their campaign war chests.
4) Many more Americans do not care about illegal immigration as long as they have cheap tomatoes and iceberg lettuce. Nor are they smart enough to realize that property and auto crime has driven their insurance rates skyward, and that their kids aren't getting an education because the teachers are too busy teaching English as a second language to teach their Joan and Johnny to read and write.
So, again, who is looking out for you? Yep....it's President Trump. And if he wishes to achieve his goal of stopping the invasion he'll have to do two things.........continue ramping up those tariffs to his already stated goal of 25 percent.....and not relent until Mexico stems the tide and American businesses begin using a mandatory E-Verify system, to insure businesses only hire Americans.
Only then will we cure the "brown cancer" that is quickly strangling us to death.
Posted by A Modest Scribler at 3:08 PM

Agree with your points. What jumps out at me is how much of the government, society, and business want illegals in country. Against that, you have one man (the current President), and a small number of Republicans. Call them illegals and the predictable charge of "RACIST" follows instantly. It's an invasion of the nation, welcomed by the very politicians charged with stopping it. Everybody can see where this is going. In 1986, after granting 3-4 million illegals amnesty and having both parties renig and refuse to pass previously agreed-upon security legislation, President Reagan said "Your government will never do this again." The second we get a Democrat in the WH, say hello to 21 million new citizens. As you often say, damn sad.

Yes, Randy, even under the most rigid conditions I can see a huge amnesty coming down the pike. Which of course will only spur further invasion.