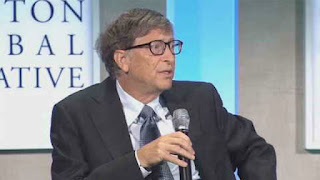 Well, as most of you know by now, the newspaper reports out with great fervor,  Microsoft billionaire Bill Gates has bought a "small" 25,000 acre spread just west of me as the crow flies.  The land is a relatively boring desert expanse that hovers just north of the I-10 Freeway.  Gates and his investment group shelled out $80 million for it. 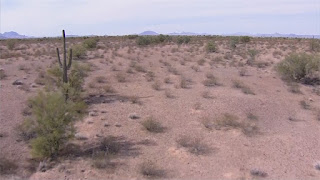 The area of land just happens to be fortuitously located adjacent to the future "I-11" north-south industrial freeway that will accommodate international trucking, originating in Mexico, its first end junction culminating in Las Vegas, Nevada, then branching out to who knows where.  Along that freeway international trade from around the world will be freighted through the United States and on into Canada.

Although I-11 will be a boon to anyone around that area, the ease of transport is not Mr. Gates' primary interest.  Gates chief interest is in building a "smart city", already named "Belmont".  And within that city Gates has plans to build smart homes, fitted from floor foundation and up, with all the modern devices that current technology affords.  The homes will have solar power installed, water saving and filtering devices installed, central wi-fi terminals, fiber connections for telecommunication devices, including lightning fast cable and internet, sophisticated security systems, and the ability to control every appliance with phone or tablet.

Gates wants self-driving cars, so I imagine his master planners will come up with municipal codes that ban anything that runs on carbon based fuels.  So look for electric car charging stations all about the ville, and at least one self-driving car in every garage. 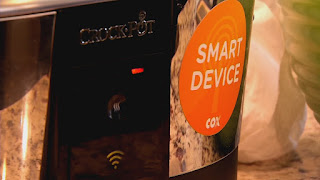 Other than what's already been mentioned, we know little more about how Gates and company plan to run this smart city.  Home builders have already said that the concept of building a city from scratch is a great idea.  Surprisingly, they say that, in incorporating all the solar and fiber and other smart stuff  it should result in homes priced not much above what is available in already established neighborhoods.  Not having to retrofit older, less sophisticated homes, reduces the costs of infrastructure significantly.  Gates plans to set aside 470 acres to build schools and universities, the remaining 24,500 acres allocated to residential, commercial and retail.

Like I said, I don't know what else is planned, but you can almost be sure the city walkways and street crossings will be designed so that residents can walk along, staring into the screens of their smart phones, texting and sexting away, and will never have to actually look another human being in the face.

Nothing new under the sun; Utopias have been constructed from time immemorial. Hope this is successful but the historical track record is not a good one.

One can only hope that Bill and Melinda are as generous with their fellow citizens in the making of this Maricopa Mecca as they are spreading their wealth across the other parts of the third world.

Don't think I would be happy there either, Jerry....except for the lightning fast fiber. :)

Your privacy? Gone. Monitored by multiple sources 24/7, every aspect of your life under a computer-driven microscope with not so subtle "reminders" when you take the wrong path. Sad thing is many people would kill to get the chane to live there. Individualism and independence - passe', it seems.

It's coming anyway, Randy, no matter where we live.