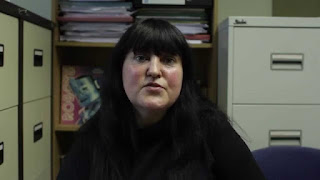 Kathleen Richardson owns a PHD in Cultural Studies and teaches in one of those obscure universities up in Canada.  You might not have heard of Kathleen Richardson, but you might soon.  She's leading a campaign to ban sex robots and she's doing it loudly.   Ms Richard attests that female sex robots not only demeans women, but might actually prevent men from "properly relating" to the women about them.

I recently viewed Ms. Richards on a video.  She's about 5 feet tall and is spherical, her measurements probably 44-44-44, and her mouth stays busy.  Let's just say that Richardson would be right at home on The View.

Now I will say that I've never gotten turned on by a blow-up doll.  I like the real thing.  However, given the plague of women making sex charges for something that occurred thirty years ago, those nearly life-like modern sex bots might just catch on.  A sex bot is not going to screw you........then screw you again 30 years later when she sees an opportunity to embarrass. 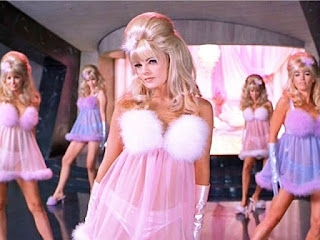 Given the current social trends, I can see explosive growth in the sale of sex bots.  Those sex bots are not going to demand that you shave your chest, or do laundry, or become full blown "metrosexual" to make them happy.

Sex bots do not demand Alimony and will not claim half of everything you've earned since you were 16 years old.  Sex bots do not have angry mother-in-laws, nor relatives who chew with their mouths open at the holiday table.

I believe Ms. Richardson is fighting a losing battle.
Posted by A Modest Scribler at 2:00 AM