Playing Hero Without The Heroism 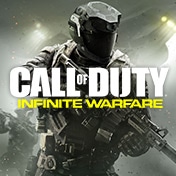 I read two bits of news that troubled me greatly this past week.  First, the U.S. Military announced that they are again lowering standards for entry into the military services.  Last year it was a lessoning of physical requirements.  This year they have announced they are accepting folks who have a history of mental issues.  What is particularly sad about this is that the military only needs 80,000 men and women to meet next year's recruitment goals.  So what we are sadly learning is that this nation can't coax 80,000 Americans to serve their country without lowering traditional standards.  And this from a sample of approximately 100 million eligibles.

This will not end well.  Back in 1965 Lyndon Johnson tried this.  Seeking to "enhance" the lives of our societal losers, Johnson implemented a program called "Project 100,000".  I wrote about this disaster.  It took the military a decade to muster those folks out, including the Elvis W. whom I wrote about in this very blog some time ago.  Elvis, from Wichita, Kansas, spent many barracks hours trying to convince us that bullets could not kill him.

The second sad bit of news was about the latest release of the Call of Duty game.  These gaming best sellers allow young men and women to play "video hero", able soldier, without ever having to assume the real life burdens that come from being a soldier.

I find it very sad that Americans today just love playing hero, yet can't muster enough courage to give service to their country.  Whether on game screen, or movie screen, we see these video lightweights, their chest blossoming with fruit salad, yet aren't willing to put out the effort to have earned a single one of those ribbons.

Even in our time, as the military numbers have dwindled by two thirds, we can't recruit enough people to wear an honored uniform and follow the tradition of their heirs.  It is my feeling that the military is the last American institution that has not been totally corrupted.  Sadly, as they recruit less than noble, or able people, it looks as if this great institution is ready to be buried along with all the others.

Note:  Since I wrote this the military has happily backed off their decision to recruit mentally deficients...or at least they say they won't.  Time will tell.

yeah, it is very sad and defeatist and won't end well. Lowering standards, whether in the classroom, in the workplace or in the military will not be a good idea. Another example of taking the "Proud" out of being from U.S.A.

And thus the need for "Illegal Immigration". Offer them Citizenship at the end of the rainbow and you'll have your 80,000(future Democrats) no sweat. We grew up with lot's of War Hero Movies. Next to none being made today and if they are, the Left trashes them. Kind a takes away the incentive to join the Military if you're taught in School, War is bad and what happened during Vietnam and afterwards. My best Friends Son is in the Military. He's just been promoted to Lieutenant Colonel. You can't imagine what the Military did to brainwash these guys under Obama. The Military has to take some responsibility for the problem. It will take a while, but hopefully Trump will straighten things out. It's just he has so many things on his plate, they can't happen as timely as we would like.

I also remember the late 80's when they lessened the recruiting standards, resulting in practical illiterates and gang bangers filling the ranks (this is the USAF I'm referring to). Discipline offenses surged, and so did Gen and BC discharges. The HATEAMERICA crowd seems to be winning. The thinking "putting females into Ranger School makes the Army better" is another example of PC run amok. I'm glad I'm out.

Thanks for the comments, guys. The Armed Forces are definitely in peril. As I mentioned in my post note. They've backed off for now on recruiting more deficients.