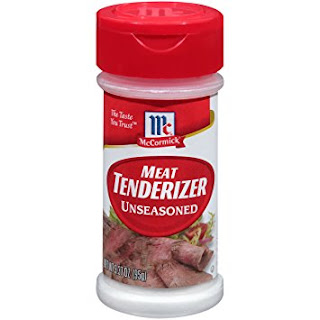 As Columbus Day breaks over America on Monday, the Occupy Crowd, the Black Lives Matter Crowd, the college air heads will all emerge from their "safe spaces"..to demand an end to Columbus Day.  These are the children of the 90's and 2000s who got blue ribbons for participation, who received an allowance from their daddies, just for not acting up, whose helicopter moms kept them sheltered from any of life's challenges.  And, in school, their liberal teachers would have had them well indoctrinated on the evil of our White founding fathers.

It is almost as if these generations have been sprinkled with meat tenderizer...so dainty and fragile, so easily offended, that they simply cannot live with an honest history.

This national fragility was not always so.  Consider Columbus and his crews themselves.  While every era has had its share of bat crazy people...perfectly willing to do crazy things...it still took plenty of pluck to climb on the decks of three tiny ships, then defy every cartographer of the day who said "there ain't nothing out there to the west".

And while Columbus was wrong about a short route to the Indies, he did find land.  Nah, he never got even close to what we now understand as North America, at least he got in the neighborhood.  And if we can, for a moment, try not to judge those Spanish by today's standards, we could at least give them a little "street cred" for being courageous enough to explore under horrific conditions, scurvy, starvation and thirst being some of the least of them.

From that first sailing, a sailing that generally coincided with the Great Renaissance, the human family began to brave unbelievable challenges in order to better the state of the world.  Keep in mind that, only a century or so later, the western Europeans were trying to carve out basic survival in Massachusetts and Virginia.  Many died in both their successes and their failures.

And by the time our colonists finally achieved a foothold on the North American continent, they did so at the expense of their sweat and tears, and an infant mortality rate that would leave modern man dazed.  In New England they plowed the rocky fields, suffering one crop loss after another, learning as they went.  In the Southern colonies they battled malaria and the "dirty dozen" of the world's plagues, yet somehow survived.  And somehow they managed to suffer through the burial of at least half of their children, on average.  Tough people!

From Columbus' first visit, and for the next three centuries, Americans settled a continent, scored such an inventiveness that would change the world for the better, and achieved those things through an inner toughness that we cannot possibly conceive of today

Sadly, today, millions of fragile souls, seemingly marinated in the meat tenderizer of parental coddling, will venture out to demand that the name Columbus be removed from our museums and on public statues, old Chris suffering the same fate of our nation's founders.

But, Happy Columbus Day, for those who choose to remember.
Posted by A Modest Scribler at 2:00 AM

Happy Columbus Day to you as well ~

Thanks, Carol. Stay cool up there in the chilly north.