"What Posse...Don't Need No Stinkin' Posse" 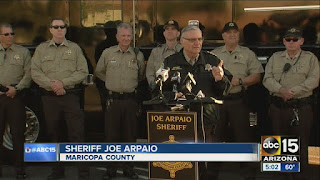 As most of you know by now, Sheriff Joe Arpao is no longer running the Maricopa County, Arizona Sheriff's Department.  Enough liberals and outraged Mexicans turned him out of office in the last election. 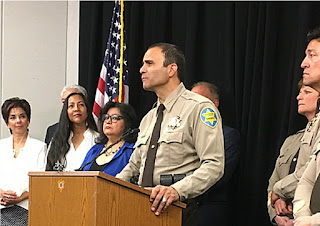 Joe was replaced by a liberal, suspected wife beater named Paul Penzone.  The first thing Penzone did after taking office was to hire an advisory panel, populated with liberal extremists who hate law enforcement in general.  Their first recommendation?  Get rid of Tent City and the pink underwear.

However, folding tent city was not enough for his libtard advisory council.  They are now recommending that Penzone do away with the 800 member civilian posses that currently do the scut work that sheriff's deputies don't have time to do....conduct safe checks of homes, perform rescues, investigate traffic accidents, issue speeding warnings, and making house calls for the elderly and indigent.

Does anyone need a degree in Rocket Science to know that we can now expect taxpayers to fork out millions more in tax dollars after the posse is gone?  Does anyone doubt that we are going to see a lot more crime around Maricopa County?