This coming week representatives from 28 states will convene in Phoenix...to prepare Arizona's entry into the nationwide Article V alliance.  For those not familiar with the term, Article V of the U.S. Constitution provides authority for the U.S. Citizenry to propose amendments to the Constitution.

The Article V alliance proposes an amendment that would force Congress to balance their budget each and every year, that $20 trillion dollar national debt a millstone on the backs of our children and grandchildren.   We all know that, unless a balanced budget amendment is enacted into law, our cowardly Congress will never stop the runaway spending. 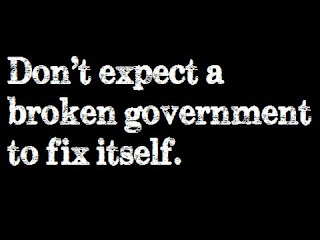 To enact an amendment we will need 37 states to vote for it, at least 34 to put it to a vote in each state.  so far 28 states have signed on, with Arizona soon to be the 29th.  And while we can never expect free-spending California to go along, Idaho would seem to be a "shoe-in", and perhaps Maine, leaving only three more states to sign on to secure a national vote on this matter.

Happily, for the first time, there is real hope for a balanced budget amendment, often suggested by selective Congressmen and women, but never taken seriously.  But, if we can get those three additional states to sign up, we might at long last force our Congress to do what they hate worst....having their credit card cancelled.

We can only hope.