Time To Send Congress A Thank You Card 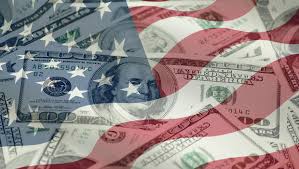 If you didn't send your Congressmen and Senators a congratulations card this month you should do so poste haste. Our Congress, after flirting with that $20 trillion dollar debt mark, finally achieved that glorious milestone this month.
After Trump signed both the Hurricane legislation, and after granting Congress a three month extension of their current spending spree, our debt finally hit the 20...followed by a whole bunch of zeroes. Think about it like this: Trump just gave Congress a higher spending limit on that Congressional credit card.
Now it's kind of hard for anyone to wrap their head around that $20 trillion figure. But our Congressional Budget Office (CBO) has done that for us. For a family of four you and your children now owe $240,000 dollars (actually over $400,000 because half of Americans pay no taxes). Pray tell, what have you received in return? And keep in mind, that $240,000 you owe does not count the tens of thousands you already kicked in for taxes...that's all been spent as well.
And while that $240,000 is horrific, that's not even the worst news. Even more scary is the future interest you are going to have to pay to service your $240,000 dollar "loan". Depending on how inflation rolls out in the coming years, the interest on that debt is going to be monumental. As of now, as the Federal Reserve continues to manipulate federal bond rates, your interest payments are manageable. However, if bond rates revert to their historical averages of 6 percent, you're going to be in big trouble.
Forget about what you're going to have to shell out in taxes to feed, educate, medicate and incarcerate the 47 percent who won't or can't work, your share of the interest on that national debt is going to require at least a doubling of your current taxes...just to service that debt.
So, when you have the time, be sure and send your Congressional representatives a "congratulations card". In the last ten years your Presidents and your Congress has managed to achieve a 75% increase in your national debt. 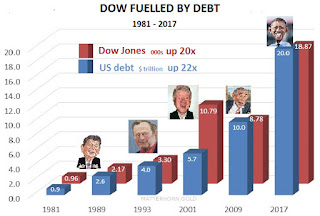 sounds like we are a third world country! the Most in Debt, we ARE #1

Get professional trading signals delivered to your cell phone every day.

Start following our signals NOW & make up to 270% per day.