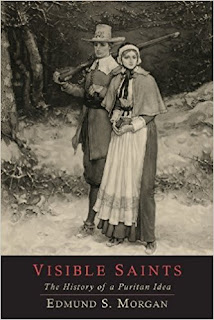 Well, our friend, and fellow reader, Jerry Carlin...from up north in Oregon Land, has kindly shipped me another book to read.  Frankly, I do not pretend to understand Jerry's motivation for doing so.  Either he spotted a quark in my religious study, or he just happened to come across a bit of eclectic prose that he thought might keep me interested.

Never mind the intent...I am now a third of the way into the book, and find it fascinating.  While a great deal of world religions survey courses occupy many of my 240 semester hours of college study, I have never delved deep into any of the serious studies of any religious cult.  If I had to choose one religion that thoroughly captivated my imagination for a time it would be the almost "non-religion" of Buddhism.

Still, as I received this book, I found the cover reminiscent of my elementary school history primer...and that's a good thing indeed.  Secondly, I found the book to be a pleasant re-visit of the scholarly texts of my college years.  And while both of those enticements got me to open the book, it was the content itself that kept me turning page after page.

In this first third of the book I am given an excellent prelude as to how Puritanism was spawned, back in the old country where the Roman influence on church ritual and liturgy was a tiresome thing indeed.  And it was fascinating to read how the various religious sects chose to deal with religious revolt, sometimes the absolute refusal by reformers to accept "reformed Catholic priests into their Protestant midsts, others willing to compromise, still others even more militant in demanding near perfection for their devotees.

And, in identifying the "revolutionaries" I was able to understand that, while OUR New England Puritans were sometimes hard as nails, they paled in comparison to those church followers who believed that you were either born pure enough for heaven, or you weren't..and, thus there was little hope for your sinful heart.

Consequently, we Americans can be thankful that those militant European hardliners had no lust to sail the stormy Atlantic.  We had more than enough to deal with (both for the good and the bad) with those who did come.

So, again, I can thank Jerry for a thought-provoking book.  And indeed it is thought-provoking.  For example, after reading the first chapter, I had to set the book aside for awhile, and chew on that Puritan disdain for Catholic ritual....that seemingly always scripted Catholic Mass that leaves the soul hungering for something more.

For example, when I lost my son, I sought out the comfort of the church.  And since my wife is a life-long Catholic, it was to the Mass that we went.  Alas, those non-personal, ritualistic Masses simply did not give me the comfort I sought.  And since I was even more disdainful of those "fire and brimstone" sermons of the Baptists and such, I gave up on seeking comfort in the pews of a church after only seven weeks.  I finally decided the comfort of my soul would have to come from within myself.

So, yes, I could certainly empathize with those English Puritans!  Their souls needed far more improvisation within the church walls, and far less ceremony.

And, as I plow through this book, I know I'll have to set it down at times, for further pondering.  For example, in the larger sense, those Puritans proved to be both a blessing and a curse.  A blessing in that they fostered an American work ethic that propelled us to world leadership, and a curse when the churches of both today and yesteryear aligned themselves with the political fools who steer our destiny.

And it's interesting to note that, even as those ancient Puritans and Anabaptists decried the Pope's incestuous relationships with queens and kings, those English in revolt were more than happy to embrace a king or queen or two who might see things their way!

My Pleasure! I suppose the selfish aspect of gifting is that I enjoy it. We both studied History in College and appreciate a good book, sometimes just for the reading of it and other times because it never hurts to learn a little bit more. The Puritan Influence on this Country is everywhere and has nothing to do whether a person goes to a Church or not or even believes in God. It offers one reason (there are many!) that we do not have a single payer health coverage in this Country! If we were Eskimos we would be eating Seal eyeballs. We are Americans and have our Puritan Beginnings, still affecting us today!

Well, again I thank you for caring enough to refresh my intellect. I had an incident just the other day when I totally forgot, even after hard thinking, the name of a place I know well. I've also experienced a bit of fog when trying to recall a particular notable's name..some pol or actor in an ancient film. When that happens it scares me. I am told (and am hoping) that learning news things helps to stave off senility. Thanks again Jerry.

I have an almost 50 year old habit of writing things down, making lists of things to do.
As I get older the list becomes more mundane and includes the obvious, like Wednesday is garbage day! If I don't write it down, it doesn't get done!

Jerry, I use my Amazon Echo device all the time. Use it for alarms, timers, grocery and "to do" lists and it has saved my ass many, many times. Foo on those old fashioned pen and paper.

ha! I don't even know what Amazon Echo is or does!!!