Cable Hogs Back At The Trough 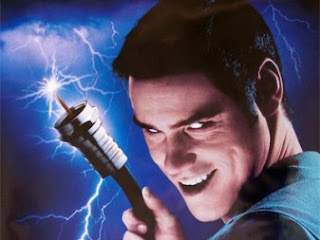 Last week I got an ominous email in my inbox.....as bold and brass as a Mafia Don telling me he's offering me a deal "I can't refuse".  Specifically, Cox Cable has announced that, under my 1 Terabyte per month cable plan, in the future I will be subject to a $10 dollar charge for each 50 Gigs I go over my plan limit.

While you might think that proposal reasonable, hear me out here.  My Cox Cable package includes both TV and Internet.  For those two services I am currently operating under a temporary grace period, paying $150 a month, with a big increase scheduled for next April.  In contemplating that, I've been thinking seriously about cutting the TV cord and streaming Netflix and Amazon Prime for my viewing needs.

Except that "Mafia Mail" I just received put a huge kibosh on my plan.  As of now, while paying for Cable TV, I'm using only a tenth of my limit.  That sounds good, huh?  After all, I only watch a little U Tube occasionally, and access my Amazon Prime an hour or so a week.  But, if I begin streaming Netflix in an effort to cut out my cable TV charges, Cox will simply gouge me with their proprietary internet surcharges...at $10 bucks a pop!  Plus, if I don't buy their TV package, Cox says my internet charge doubles!

Let's face it folks, if you're into media, Cable's got us all by the balls.

yep, we are the sheeple! I cut T.V. out a year ago, pay $85 per month for Internet and phone. also have Netflix and Amazon Prime. no cell phone. will they raise my rates? of course! that is one reason I want Net Neutrality and "they" don't!

To tell you the truth, Jerry, I don't much give a shit one way or the other about "net neutrality". We did fine before 2015 when our government masters ruled that they have the right to tell an ISP what data and programs he's allowed to send down the pipeline. That issue has little to do with the monopolies our cable and satellite providers have in almost every market in the U.S. Other than those very few cities that have Google Fiber, you must choose your local telephone provider (running slow data to you), or the two satellite companies (who perennially rank down at the bottom of customer satisfaction polls) and your cable provider. I want all kinds of stuff; competitive markets with multiple cable providers, the right to buy my programming a la carte and a law that says you can't double my internet rate if I don't buy your TV package.