"Hubris; Obama Is Thy Name"

Last weekend C-Span re-broadcast Jimmy Carter's famous "American Malaise" speech from 1979.  In that speech Carter reprimanded the American people and spent 45 minutes lecturing us on our laziness and our greed and our need to be "disciplined".  That was the hubris of Carter; he felt like he was far superior to the average citizen; he was smarter and worked harder and could comfortably tell us exactly what we should do.  A year later Carter, with his 15 percent inflation rate and 18 percent home mortgage rates,  his coddling of Iranian rebels, was on his way out of office in a massive election defeat 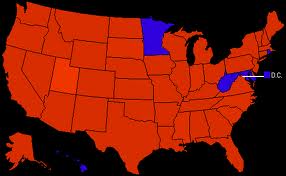 and would bear the title "worst President in history" for the next three decades.  (Note; 17 minutes after Reagan was inaugurated, the Iranian hostages were airborne, en route to freedom in America)

Somewhere Jimmy Carter is smiling; he is no longer the "worst President".  That honor goes to another "supremacist" who knows better what is good for us and unfailingly works every day to dictate for us the "medicine" that will cure our sickness.  Barack Hussein Obama, who has never in his life, held a job and drawn a four-figured pay check, who was favored with racial preference quotas for both college and law school, who garnered hundreds of thousands of dollars in minority scholarships and taxpayer-supported federal education grants, has built for himself an "empire of the imagination" in which he alone knows all...and knows it better than anyone else in the world.

Observe carefully the "Great Obama" as he emerges daily from the White House, teleprompter ever at the ready, to offer pronouncements of wisdom which will surely resolve every American problem.  Focus on the visage of the man; with utmost sincerity the man will jack the chin up in arrogant pose and mandate what Americans will and will not do.  Having learned a trick or two from his reverend of 20 years, Jerimiah Wright (he of the God Damn America!), Obama preaches the sermon of socialism and American "unexceptionalism" with great gusto!

Listen to Obama as he circumvents the Congress through the appointment of "specialty czars" who dictate the laws and mandates without either review or approval of Congress.  Listen to him as he champions Obamacare because the government knows how to manage your healthcare options better than you do.  Listen to the anointed one as he dares to spend a trillion dollars to "stimulate" the economy with such projects as studying the mating habits of squirrels, builds a rat preserve in San Francisco, or water parks in the city of Chicago.  Listen more intently as he explains why this "stimulus" hasn't worked in the three years since the money was spent.

Cup an ear and listen carefully as Obama makes a speech in the Egyptian parliament and speaks of the grandeur of the Muslim culture and denigrates the American effort to free a billion people.  Listen carefully to see if Obama cheers America's role in the crumbling of the Soviet empire and the crumbling of the Berlin Wall, or the Marshall Plan which re-built post war Europe or re-built a post-war Japan.

Now listen to his most recent pearls of wisdom; he now tramples on the only democratic nation in the Middle East, Israel.  See how he embraces rebellious forces in Egypt, even as they rape American news correspondents, burn Christian churches and, through the Muslim Brotherhood, call for re-newed "Crusade" to destroy Christian nations!  Watch closely as Obama executes an air war against Khadaffi without demanding from the rebels a pledge to implement policies favorable to peace and tolerance for non-Muslims!

It is indeed ironic that, at almost this same time, 32 years ago, Jimmy Carter chose to "lecture and scold" the American people, only to be defeated in 49 states 18 months later.  We can only hope the American people are tired of being lectured to, are tired of having our American way of life demeaned and will send this hubristic son of a Kenyan radical to a massive political defeat.

Posted by A Modest Scribler at 1:03 AM

I don't know what this scripture is supposed to accomplish. The Aerican people are stupid, they asked for all of this when they believed the mainstream media. The two party system is designed to keep dumb people arguing back and forth so nothing gets done. Ok maybe not entirely but it does a good job of just that. Obam is a liar, this we know. You can see plenty of videos of him on youtube promising to bring troops home in 07 or 08 only to be followed up with a video that shows him sending 30-40 thousand more troops across seas and now we are involved in the Libya/Ghaddafi mess and I bet a millions bucks (hypiothetical because I am poor) that the pos federal government aims for Syia next.

From my research our best bet to get this nation back on track is by voting for Ron Paul. He is not perfect but many of his policies are what we need. Smaller government who are held accountable for their actions, less foriegn aid money given out, bring our troops home, replace the IRS with something else.

If obama had these policies I would vote for him but he does not. Race doesn't matter to me, morale and policy is what matters.

Americans are just stupid. They know more about American idol and that garbage than they do the things that are going to drastically affect them five to ten years from now. By then it will be too late. We are full speed entering the no return zone and I'd say that a good 65-75% of this nation still is in a hollywood mainstream media induced coma.

Anon, I'm sad to say, but you are right. Most of the American people do not take their responsibilities as citizens seriously..Even my facebook friends and family would rather post about silly stuff and hate reading my blog, they won't care until it's too damn late, then they are going to open their eyes and say "damn, where did m country go?.that's why I write this blog; to educate, illuminate and stimulate. If my blog wakes up just a few it's worth it. Thanks for your comments.

Speaking of illuminating, go to google and type in illuminati. I also want you to do a google search for, bilderberg. Check out a website called infowars dot com. A few days ago many of the most powerful people on the planet all got together and had a meeting behind closed doors in Switzerland and not a single US mainstream media outlet reported on it. Instead, we all heard endless tripe about some idiot congressman who sent pictures of his penis to numerous women. Some of the attendees of that meeting were founders and cofounders of large companies and organizations like: Facebook, google, linkedin, Uscybercom, amazon, chase, and former secretaries of the US treasury and federal reserve, amongst others. Now why would the most influential people of the 21century get together and have. Meeting and there is no mention of it on any mainstream media sites? Actually, I must correct myself, it looks like fox ran some material on them, although I have not yet watched their piece on it. But this is the first time I have noticed a mainstream media site report on it. I ihave been researching the bilderberg group for a few years now and never have they been covered. Or much less acknowledged by mainstream media. These people along with a few other major organizations are the ones who are pulling the strings in every aspect you can think of, mainly in creating wars, oil prices, interest rates, monetary policies, etc, all which affect many nations and have helped to lead the USA to the disaster we are today. Also, do a search for new world order. Get a cup of coffee and a blanket and pillow so you are comfortable, you will be there for a while as there is a lot of info. It's mind boggling but also enlightening.

How can you sit there and call the American people stupid when election fraud decides our electorial process.I think you need to read the topic of discussion again about Jimmy Carter lecturing the American people about being stupid.Your arrogence is no less than that of Obama himself.Or what ever his real name is.

I think you were addressing on of the other commenters, but I'll answer. When over 50% of all eligible Americans are too lazy to go out and vote, you the excuse of "voter fraud" is senseless. Also stupid.