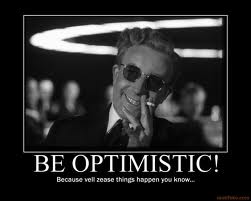 Well a certain contingent of American citizens believe that the world comes to an end today.  Being inherently cautious, I plan on hedging my bets on this. I think I'll just stay home and wait for it.  As I do for the Superbowl, I plan to make a big pot of chili and marinate some chicken wings to throw on the barbecue this afternoon.  I've got three flicks all lined up to screen today; "Fail Safe", "Dr. Strangelove" and "On The Beach".  For those of you who aren't familiar with them, these films all deal with some end of the world type stuff.

If Doomsday comes today I won't have to worry about my weight so I'll probably give up my low carb diet for today.  I think I'll run up to the bakery and order up a gooey double chocolate cake and a big tub of ice cream.

I'll also take a holiday from worrying about where our nation is going and join the other 150 million Americans who apparently don't give a damn either.  Maybe I'll just wile away the day posting inanities on Facebook and Twitter.  If Doomsday doesn't occur by 6pm I'll probably mix up a batch of Long Island Ice Teas and celebrate the delay.

When I was a kid I read the bible a lot.  When I got to Revelations it scared the hell out of me...all those strange horseman and the blood and all...but then I got to the part where they said no one knows when the end of the world comes so I figure tomorrow will be just another day.  Besides, I've had about six decades to get ready and I don't figure I would do anything differently today than I would any other day.

Oh well, Doomsday does give me a day to slack off and just bum out...I've never been one to pass up the opportunity to chill out and graze.

I hear Caesar's Palace's Sports Book in Vegas is offering a million to one odds that Doomsday doesn't happen tomorrow.  Are they crazy?  If Doomsday comes how the hell are they going to pay off all the winners?...oh yeah...if it happens, they won't have to worry about it will they?  Oh well, that sounds as good a bet as any.  I've had worse odds.

Well folks, I sure hope to see you again real soon and right here!  But, if the Doomsdayers are right this is probably my final blog entry.  If so, look for me on the "other side".  Most likely I'll be at the bar downing a "milk and honey" cocktail.  Cheers!
Posted by A Modest Scribler at 1:21 AM

Love the choice of movies, what a great way to celebrate Doomsday! Maybe we should just make Doomsday an annual holiday :) jo

Start with the movie, "Last Night". Far more timely than the cold war stuff. Though I do love Kubric.

Thanks for the tip; have never seen it...will take a look!

This just in: The preacher says he was off on his math and Doomsday is actually Oct. 21st this year. ;)