Why I Would Not Be Shocked By A Trump 2020 Victory 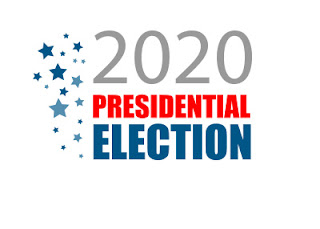 This morning, while perusing the seven daily news sites I regularly visit, I came across exactly 107 news articles that presented negative Trump sentiment.  The articles ranged from everything from the daily celebrity slams, to outrageous speculation about Trump's legal troubles, to opposition to Trump's policies on Iran and the Koreas.

Having toted up the mainstream media's collective diminution of Trump, the President, I began thinking about how likely it just might be that, in spite of supposed widespread opposition, Trump just wins the Presidency again despite them.

The Left make a huge mistake when they group all Trump voters under one oppressive gray blanket.  Their name-calling, their foolish accusations, and the Left's sense of liberal righteousness has a sour taste to the tongue.  And the crop they sow from that brand of politics is a huge collective resentment over being put into a box and "branded".  Well, it was that resentment, imposed on us by the Left, that won Trump his Presidency in the first place.  Trump voters can be classified in several ways; the three most obvious being those red ball cap types who supported Trump, no matter how loud and vulgar.  But what came as a shock to the pollsters and liberal media was that there were millions of rather quiet and subdued voters who walked into the voting booth and voted for him, almost ashamed to admit they did. And finally, there was that group of center right and independents who simply could not pull the lever for a corrupt Hillary Clinton.

So where are we now?  If you read the mainstream media you're at least half convinced that Trump is close to being impeached.  Or, at best, you might believe that Trump does not have a chance in hell to win in 2020.

So, as vulgar and inarticulate as Trump can sometimes be, many people are appreciative of the things he's accomplished.........things that the traditional Republican party has been unable to achieve.  We now have an idealogical balance on the Supreme Court, we now have a reprieve from political targeting by the IRS, from stifling EPA regulations, and we finally have a tax cut for the blue collar American working stiff.

So keep on trucking Liberal Left!  Keep on smearing Liberal Media!  You may just win Trump another four years!  And if the Democrats trot out Socialists Bernie Sanders or Elizabeth "Pochahantas" Warren, you can start planning for Trump's second inauguration.

I suspect Korea will be his Waterloo. Other than that he has pretty much done what he said he would do and apparently 60 million Americans wanted that. He has two more years to establish that these were good ideas. The Proof will be in the Pudding, so to speak.

I agree with your conclusions. I approached the election wanting to vote for almost anyone other than Trump and ending up having no choice. But, never Hillary - and that certainly wasn’t because my husband told me to vote for him! Hillary ‘s suggestion that women didn’t vote for her because of their husbands was more offensive by far than her statement about the deplorables.

Yes, Hillary has trotted out any number of excuses in the last 18 months, the charge that women voted for Trump at the command of a husband just proving that she never really got it. Yesterday was the umpteenth anniversary of Hillary getting a pass on Whitewater. She did not get a pass at the ballot box; folks were weary of the Clinton corruption.