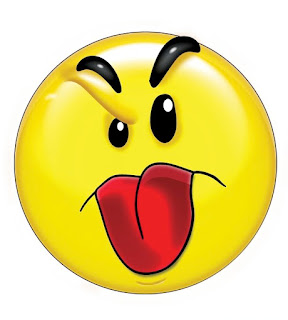 I'm not a fan of Roseanne at all.  In fact I once wrote that my concept of hell would be having to watch Roseanne re-runs down there in Hades.  But I am dismayed by ABC's abrupt cancellation of her show, because of one offensive tweet.

I am dismayed that our entire society has been co-opted by liberal brown shirt speech Nazis....folks who want their say...but don't want you to have yours.  And this type of mass bullying (ABC cancelled due to an overwhelming number of protest tweets) prevails today.  If someone does not like your social or political opinion you are quickly assigned to a racist, homophobe, or "Trumper" box.

This mass bullying came along long before the MeToo Movement, although the "Me Toos" jacked it up several notches.  Yeah, celebrities  and political notables are taking the brunt of the heat these days (and probably rightfully so), but we commoners ought to be reminded of that old Jewish saw "they came for the Jews, and you kept quiet, then they came for the....etc".  Just spend a day on social media and dare utter an opinion that's not cool to the liberal masses and you'll find yourself alienated, even your career ruined, for saying something you feel at the moment.

The First Amendment ain't what it used to be, boys and girls.  This is the 21st Century version of the Salem witch hunts, people.  Give any inkling that you have a less than mainstream opinion and you're doomed to the locks, or to the noose on a second offense.

Like I said, I'm not a fan of Roseanne.  But was what she said more cruel than ABC's jerking the livelihood of that show's innocents?  The rest of the cast and crew who did nothing to deserve the loss of a well-paying job?

On this blog alone I've lost more "followers" for voicing positions that offend, failed to gain wide-spread popularity for those opinions voiced, but at least have the luxury of not being famous.

Were I a celebrity these days I think I'd go and have a "tongue-electomy", cut that bad boy out.  Because, being human, at some time, and at some place, they are going to say something that's gonna get em crucified.

Saw this yesterday and the part I found humorous was that most of the cast and crew are liberal and made statements suggesting that it's unfair for the rest of them to be out of jobs over the opinion of one person. So this proves liberals can be rational when it comes to losing their own money

Indeed, anon. Even as liberals like to paint conservatives with one broad brush, they hate it when it happens to them.

I thought Comediennes were given a pass on poor taste in the name of Comedy. I guess that's only if your lousy comedy is aimed at Conservatives? Yawn. Oh, well. Another double standard in this Country.

Our liberal friends thrive on double standards, Frank. Didn't you just read this week Obama's boast that he had no Trump like scandals when he ran the country? (He didn't offer that his own Justice Department ran the investigations).

Yeh. No Trump like scandals because Obama's were REAL Scandals. Not made up(by the Left)Scandals.Bengazi?, Fast and Furious? Lois Lerner and the IRS just to name a few. Obama's delusional if he doesn't think there were any during his(reign of terror).