"Rising From The Ashes" 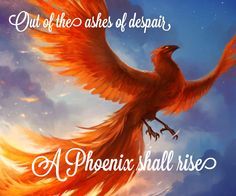 Not far from me sat a ten acre vacant field just two months ago.  Then, a sign was posted, reading "Future Home of Franklin Preparartory".  And, in the next few weeks, the foundation went up, then the industrial steel walls of pre-fab.  And, each time I drove by, the building inspectors, and electrical contractors, and landscaping crews swarmed over the site.  And, just last week the sidewalks went in, and a huge temporary canvas canopy went up out back....to shade the children at play.  Beyond them stood acres of green, and playground equipment, baseball fields already laid out.  Open for business in eight weeks!

This is a story that is playing out all over Arizona, as spanking new private schools spring up like daisies.  Schools affiliated with religious institutions are thriving.  Neighborhoods are growing  their own schools.  Why?  Because Arizona is leading the nation in a campaign to build institutions that will finally educate our children.  And we are not just "talking".  We are putting our money where our mouths are.....thanks to state laws that now give tax credits for every donation made to private or charter schools.  And we are donating on our tax returns by the hundreds of millions.

And the teachers unions don't like it.  They claim our tax credits are money that should rightly go to the public school system....and any dollars given to charter schools are dollars "taken" from the public school.  The problem with that is that it's not true.  The Arizona public school system now consumes about half of our annual state budget.  And the public schools only get worse, even as that ultra liberal 9th Circuit Court of Appeals in San Francisco has mandated we chip in billions more for a failing system.

You might be heartened to know that we Arizonans ourselves overwhelming voted in favor of funding these private and charter schools...that the poorest kid can afford to attend through a voucher.  However, just this past month, the teacher's unions, both state and federal, have procured funding from the Democrats, and George Soros's of the world, to collect 75,000 signatures to put still another initiative on the ballot to stop allowing these school tax credits.  They claim the public schools are suffering from decreased attendance, that teachers are being forced into layoffs, that our charter and private schools favor the wealthy and punish the poor....except the poor are enjoying the fruits of these private school tax credits by a ratio of 8 to 1!  Alas, these signature collectors are asking the courts to stop private school vouchers until the 2018 election initiative can again be voted on.

What we really have here folks, is an underlying resentment that illegal Mexicans might not be able to attend these tax supported private schools...that at some point in the very generous scholarship process, someone here illegally may not be able to clear the hurdle of legitimacy.  And, of course we have also seen several public schools closed from lack of student attendance, the more successful school districts now enjoying higher attendance numbers.

Just this morning our Gannett owned liberal Arizona Republic issued a report on the matter.  While deathly afraid to point out the success of our private and charter schools, they did show a slight bit of sympathy for those teachers unions who are trying harder to stop success than they do to actually get in there and compete...and actually educate our kids.

Okay, so you're not in Arizona.  But Arizona has been leading the way on private school vouchers, and private school tax credits for many years now.  We are the "canary in the coal mine" for every state in America....and you should be paying attention.  If you live in a state where reason still prevails, you ought to be sending "education ambassadors" to Arizona...to find out how its done.

Oh, by the way, we are getting more and more large corporations settling here in Arizona, many of them migrants from California.  On the business surveys they are given, know why they said they decided to move here?  1) Tax friendliness 2) Lack of Regulatory burdens 3) A commitment to innovative solutions for K-12 education.

Like the Phoenix, our education system is rising from the ashes...and actually educating our children!

Turkey (the Country) has done the same thing! and outlawed the teaching of Evolution!
Like all things, good and bad can come from this, I would like to see their curriculum.

Not sure what you mean, Jerry, about "curriculum". We have no religious affiliated schools teaching the bible, or banning evolution. They are teaching the 3 R's and even throwing in science and history....and doing better at graduating literate adults. That's why they are attractive to parents who are seeing their children turning into illiterate zombies in the public schools. I see nothing bad from creating a competitive environment in education. Know what? Those fucking public schools just might get better when their monopoly is over!

To be clear, charter schools are public schools. They receive tax dollars, although here in Colorado they only get 80% of the funding that district schools receive. A charter school has freedom from some of the regulations of a district school. They have a board of parents that run the school, but if they don't perform, the district school board can remove their charters. I think that the biggest difference between many district schools and many charter schools is parental involvement.
At the charter school that I worked at for a short time, most, but not all of the teachers, were licensed. Parents were also required to put in a certain number of hours volunteering at the school.
All five of my grandchildren attended a charter school for at least six years, two of them for all 13 years. From the beginning the focus is/was on education.

Thanks for the info, Cindi. Guess I erred in not being able to delineate between private and charter, but the objective is the same....try to provide an alternative to the monopoly that has done little to educate our kids.

San Jose school administrators are doing the same thing in trying to stop charter schools from being started and oppose any funding of existing charter schools. Even when the illegals are the ones clamoring for the charter schools! They recognize the superiority of those schools over pubic schools if, for no other reason, the lower teacher/child ratio. My children attend a private christian school and have since kindergarten. It's worth the money to us.

Not surprised that California is fighting like hell to keep out competition. We also shelled out a lot of money for private schools for our kids. Like to think it is worth it. I would be more than willing to eliminated special interest lobbying, as long as it includes the lawyer associations, teachers unions, other labor unions. Dems won't stand for that though. Gonna be hard to expand private school tax credit support as long as the unions oppose competition.