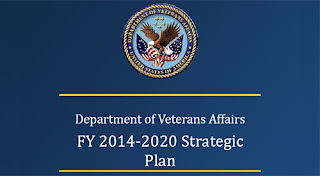 Well, it looks like the VA has finally discovered a way to pare down that long line of veterans awaiting treatment....just say "no".  A report just issued this past week, and reported by USA Today, says the VA has been denying war related injury and illness claims at a 90 percent clip, that denial rate the highest in modern times.  We haven't seen denial rates like this since the VA declared Agent Orange a harmless exfoliant that only clears the nasal passages.

I wish I could say I'm surprised.  But I still remember my own VA retirement physical.  Despite my service related injuries the VA would only award me ten percent.  Adding insult to injury, back in the late 80's and 90's, anyone from full Colonel to Four Star General were routinely awarded 90% disability, the better to shelter those handsome senior officer retirement pensions.  The VA was more political than a political convention.  Of course we military lowlifes just had to accept it, as the "fruit salad set" walked out of a VA hospital, smirks on their faces...big money in their dress blues.

So, boys and girls....brace yourself for rosy newspaper headlines...touting a huge reduction in those awaiting a VA hospital appointment.  And all the VA had to do was to utter the word "no"...and the problems disappear.

yes, it is sad and has always been this way. We fill young people with Patriotism and Love of Country, send them off with Lies and Promises and then forget about them. There is a huge price to pay, a National Debt to these Servicemen and Women and when they return we treat them as miscreants and homeless, no longer fitting into society and too expensive to maintain. One day it might come back to bite us. A Country should be judged by how it treats its elderly, women, children, those less fortunate And returning service people. I think we will be judged poorly. Truth Hurts:(

I always say that Congress and the Congressional Budget Office should be forced to factor in the economic and human costs of war. Bullets are cheap, the rest is expensive.

Single payer is the rage from the left. Anyone believe the general public will be treated any differently than people that actually earned their health care? America, you will regret this.

Yes, Randy. And the VA scandal was buried in 2012 when Obama cited the VA and Medicare as outstanding single payer systems. Never mind the massive fraud, waste and abuse, the customer always comes last.