A Big Hand To My Treasured Readers 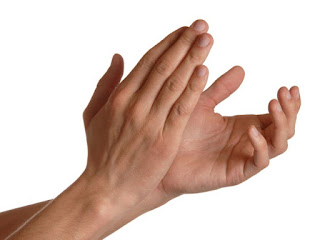 Well, first of all I want to thank all of those who took the time to comment on the worthiness of my blog, either here, or over on Facebook.  And special thanks to those who said they had difficulty getting their comments to post.  I was heartened to see so many wonderful comments about what this blog has meant to them, either for those who only recently arrived, and for those who have been here almost from the beginning.

I do admit to being a bit surprised by the turnout......somewhat larger than I expected, given the dearth of comments that usually show up after something I've written.  But, ironically, the plethora of comments was encouraging, as I feared I was once again "giving speeches to an empty hall".  So it was nice to know that many more are reading on a regular basis than I expected.

Lest anyone think this old scribbler had run out of things to write about, I've found the opposite to be true.  Given the proof of Capitol Hill's cowardice, and Trump's mad antics, and the near "ghostly" Democratic Party, it is actually very hard to pare down to a manageable level those things that need discussion and rumination.

I was especially touched by some folks who emailed me privately and expressed an appreciation for my "human interest" pieces...those blogs void of politics...just recounting some moral or life lesson, or life experience I've encountered in my daily wanderings.  After all, politics, though extremely important, is not all there is to life.

So, okay, boys and girls.  I'll continue to post here for the immediate future. And if you'll forgive this bit of surveying, I'll try not to bother you with one again for awhile.  The survey was prompted not so much of a need for reassurance, but for the fact that, like the aging ball player, one never knows when his legs are failing him and his time from home to first is a tad slow...and he needs to hang up his cleats.

One last note:  You will perhaps never fully appreciate how much your readership means to me.  Through your comments I have come to know a bit about many of you.  And, even when we disagree on a particular issue, those comments give me pause to think..to chew a bit on my own views, to consider yours...and to resolve it one way or another.  And of course I still mourn for the lost ones...those ancient readers, those who were with me in the very beginning,  who, because of death, or incapacity, or even abandonment, have left a void in my heart....the "Grenadavet", the "Jo" who grew up in Maine, and was living out her years now in California, and even the thousands of "anonymous" who have wandered my way and shared something of themselves.

So, put on your thinking caps, and your reading glasses if you need them, and let's get started.  Party at my house come 2AM, Monday morning.

Give and Take Care,

ha, wouldn't you be surprised if one day I come knocking at your door! and 2 AM? that sounds a bit right! I will call first though, wouldn't want to get shot! nice to have you back!

Have a great weekend, Jerry.

Although I don't comment much; and I stay pretty busy up here in my neck of the woods (woods....literally!); I do enjoy reading your blog. I save up the email notices for quick access cuz of the link and read them all at once sometimes when I'm super busy!

Have a wonderful weekend ~

Thanks much for your loyal readership, Carol. I haver really admired your chutzpa over the years, as you build your business and face the challenges of settling into a new community. Best of luck.