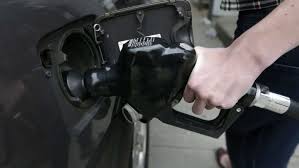 Know this; every time you depress the handle of that gas pump you are pulling the trigger and killing a Christian or Islamic "non-believer" somewhere in the world. Don't believe that? Consider this. Until the late 1940's Middle East Muslims kept their wars regional, now and then a tribe of Shites driving their camels into a tribe of Shias in an effort to prove one version of Islam was preferable to another.
Yes, there has always been a war between Muslims and other religious sects. (Did you forget the Crusades?......or why India and Pakistan had to break up?) Islam, by its very nature, demands conflict whenever religious principles clash. The Muslim "bible", the Koran states that "there is no god but Allah and there is no other religion acceptable". And if one must kill a few million, or many millions of nonbelievers to make Islam the only religion, well that's okay too.
One should also note that, in a culture that finds first cousin marriages preferable to any other, one can expect some frightening mutations in the old gene pool.....which I believe explains a culture that believes mass killings of innocents will win you those 72 virgins and a seat at Mohammed's table.
It was not until the west developed a great thirst for Middle East oil that the Middle East began to have the ability to subsidize conflict throughout the world. Hell, some of America's "best buddies", like Kuwait and Saudi Arabia, funded the waging of wars against Israel during the last fifty years. Libya, Iraq and Iran were and still are the terrorist's best banker. That oil also funded the mad Khadafi, the insane Hussein, the two attacks on the World Trade Center, innumerable Muslim attacks on all the world's continents.
So, yeah, it's been Middle East oil that brought out the crazies. Oil and a hell of a lot of political leaders who haven't read the Koran and will never understand why, wherever Muslims live, violence and conflict with western beliefs will always follow. Just read what those Muslims are doing to once peaceful and serene European nations after they were allowed to immigrate there. Or, here at home, take a look at how many of those Islamic conclaves in Michigan and elsewhere are living under Sharia law, and not the laws of our land.
After having lived and worked in the Middle East for ten years I learned a few essential lessons. A Muslim, no matter how kindly, will always choose a fellow Muslim over a "non-believer"...doesn't matter how despicable that Muslim is.
So what do we do about this mess? After all, three fifths of the world is already under a Islamic fiefdom. Well, first of all, let's all ease up a little on the gas pump. (Yes, you really did pull the trigger and kill a Christian when you depressed that lever!) And let's frack the hell out of oil shale. And let's find a sensible, market-driven solution to solar rooftops and electric vehicles. And since the U.S. is now the number one producer of oil in the world, let's use our excess and put those Middle East oil producers out of business.
Can we stop those Middle East Muslims from warring? Hell no. They've been doing that for a thousand years. But we CAN stop them from exporting their hate to the rest of the world.....simply by denying them the petro-dollars that fund their terroristic madness.
You all might think about that when you depress the lever on that gas pump.
Posted by A Modest Scribler at 2:00 AM

You're sounding like a Democrat now. Trump killed General, Iran shoots down plane. It's Trumps fault. We use out own oil, no one gets harmed(sorry Global Warmests), I'm killing no one. I'll sleep good tonight knowing that.....

Frank, you are clearly "complex-challenged". Looks to me you've got to do a lot of homework in order to understand what I was saying. Sorry, but this is probably the most stupid comment I've ever seen you make.

Complex Challenged? Gee. Thanks Scribe. That's the nicest thing you've ever said to me. We produce 50% of our needs, Canada supplies 43% of the other 50(100) we use. So we get a little over 25% of our oil from the rest of the world. Democraats have been trying to shutdown our Domestic oil production for years. But Trumps opening our spigots again.Another reason for them to hate Trump(as if they need another reason). Just so you know. I was thinking this might have been the Stupidest article I've seen on your blog. Funny how that works. I understood what you were saying. I just don't buy the "quilt trip" message.....

Sadly you are still complex challenged. If you could get past your own prejudicial trigger words you would have understood that I said we should reduce our own oil needs by exploiting our alternative energy technologies , while producing like hell, and exporting our excess and driving those Middle East sheikdoms out of business. But I'm done trying to explain it to you. I'll be damned if I'll go over it word for word for you.

Tell that to the Democrats(Global Warmests). They'll fight you tooth and nail....