Killing Off Our Country's Father 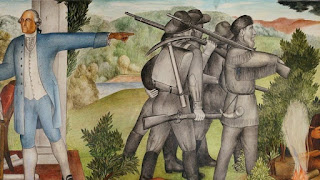 “Who controls the past controls the future. Who controls the present controls the past.”
― George Orwell, 1984
The America haters are at it again. The San Francisco Board of Education has voted to paint over a 600 feet mural depicting the life or President George Washington. The Fresco painting, painted on the walls of George Washington High School as part of the Depression era's Writers and Artists program from the 1930's.
The school board decided that minority students suffered from having to walk past that historic mural every day. So they have budgeted $600,000 dollars to paint over the offending Washington.
No word on the new name of the high school after Washington's name is removed. Perhaps Marxist mass murderer Che Guevara or even Colin Kaepernick, freshly victorious at removing the American flag from athletic shoes. 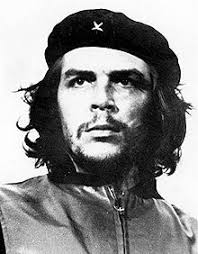 The mural paint over might be a scene of 30 million illegal Central and South Americans migrating north for a state or federal benefit check.
Ironically the $600,000 for the mural paint over will come from an environmental fund that had been targeted to clean up the city's drug needle and human shit piles that plagued the city.
"The most effective way to destroy people is to deny and obliterate their own understanding of their history."
Posted by A Modest Scribler at 3:00 AM

Once again, Liberals showing their ignorance(I know, I know. There's a plan behind it). It boggles my mind to think people say "Yep. I want to be just like them".