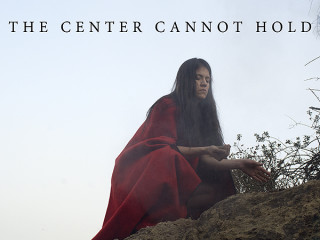 "The Center Cannot Hold"
After the First World War was settled a rather disconsolate poet by the name of W.B. Yeats wrote a poem. He called it The Second Coming and in that poem he wrote the end of a kindler, gentler civilization. Yeats' Second Coming was meant to convey the second Apocalypse, this one far worse than the flood.
I provide Yeats' words here, so that I might make a point later on:
The Second Coming
Turning and turning in the widening gyre
The falcon cannot hear the falconer;
Things fall apart; the centre cannot hold;
Mere anarchy is loosed upon the world,
The blood-dimmed tide is loosed, and everywhere
The ceremony of innocence is drowned;
The best lack all conviction, while the worst
Are full of passionate intensity.
Surely some revelation is at hand;
Surely the Second Coming is at hand.
The Second Coming! Hardly are those words out
When a vast image out of Spiritus Mundi
Troubles my sight: somewhere in sands of the desert
A shape with lion body and the head of a man,
A gaze blank and pitiless as the sun,
Is moving its slow thighs, while all about it
Reel shadows of the indignant desert birds.
The darkness drops again; but now I know
That twenty centuries of stony sleep
Were vexed to nightmare by a rocking cradle,
And what rough beast, its hour come round at last,
Slouches towards Bethlehem to be born?
*****************************************
"Things fall apart.......the center cannot hold"
That is exactly what we are seeing on the political and social scene today. America is experiencing a savagery we have not seen since the years immediately preceding the Civil War.
Where once America owned a political center, we are, today, choosing up sides, wholly abandoning the idea that, while we have our differences, they were, in previous years, subject to negotiation.
That is no longer true. When did we lose our "center?" We don't really know. Perhaps it began with the Clintons, two people so corrupt we hadn't seen their likes since the Harding Administration. The lies, the coverups, the hunger for power, the demeaning of a White House that once housed greatness, brought down by Oval Office blow jobs and renting out the Lincoln bedroom in exchange for campaign donations.
Perhaps the "center" weakened further when a George W. Bush, self-proclaimed "compassionate conservative" spent more federal dollars than any three President's before him, trillions toward trying to democratize Muslims, hundreds of billions more for a crumbling, union dominated education system and a $700 billion annual prescription drug program than enriched no one except the drug companies.
Perhaps the final crumbling of the "center" arrived when we elected Barack Hussein Obama, a "666" demon right out of Revelations....a man who promised unity on the stump, then after being elected, did every thing he could to divide us, racially, and economically, all the while demonizing the working class and pampering every social fringe group on the planet, most of all the Muslim world.
So, as I posted the latest poll the other day, we now have an electorate where one third believe we are nearing a second Civil War. We live in a world where everything we once believed to be noble has been turned upside down. Statues of historic figures are being torn down. Names once deemed great are now being removed from the public square and the front entrances to our universities. Whole armies of liberal university professors have taught our young that our founding fathers do not deserve our admiration, and our own founding Constitution is looked upon as something that should be changed, depending on how the latest poll numbers read.
The Republican Party itself has moved far to the Left, so much so that John and Robert Kennedy would, today, consider Republicans as wild-eyed Leftists. They would be frozen by shock and awe at the huge, budget-busting programs the Republican controlled Congress passed this year.
And the only saving grace for the Republicans is that the Democrats moved even further left, creating a demarcation between warring parties that would imply madness. Led by the Pelosi and Sanders coalitions the "new Democrat" is Marxist-Socialist, leaving even long dead Karl Marx to wonder just how they intend to pay for all this free stuff.
But perhaps the greatest tragedy is that the American people themselves have forsaken the "center". Egged on by 5th Column anarchists, Hollywood celebrates so morally impoverished they could out corrupt Nero, and power starved politicians, America is no longer America.
Mr. Yeats wrote "The Second Coming" in 1919, thinking the acopolypse was at hand. Little did he know that it would take another century for the embers of our own destruction to spark the flames that promise to destroy us.
Posted by A Modest Scribler at 1:27 PM