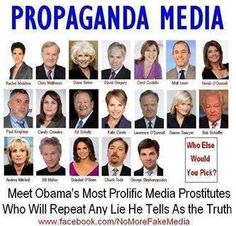 Last week three of your networks trotted out President Reagan's liberal bastard son in order to insult Republicans. His (Ron Reagan's) exact words were: "Republican voters would vote in Vladimir Putin over a Democrat".
I must admit, that got me to thinking. Putin is a despot and a murderer. He is repugnant. His actions go against everything I believe in.
Alas, sadly I guess I got to go with Putin over Elizabeth "Pochahantas" Warren, or Bernie Sanders, or, god forbid, Hillary Clinton, or a dozen other Democratic Presidential hopefuls. Democrats want to spend us into bankruptcy, they want open borders and the destruction of ICE and to give amnesty to 30 million illegals. Democrats attack religion, embrace immigration for radical Muslims, kiss Black urban ass as never before, wish to close our prisons and open abortion clinics on every street corner.
So, yeah, I guess I gotta go for Putin if that's my only "non-Democrat" choice.
Ain't that sad? 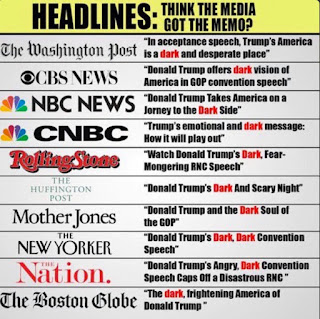 Hey, liberal media! Lots of us don't particularly care for Trump. Lots of us wish we had President Reagan, or Dwight Eisenhower, or old Abe Lincoln back, but we don't. So Trump's our best choice for now. And, while we don't like his porn star affairs, and we're not crazy about his business dealings, and we know he's inarticulate. But, guess what? He's still a better choice than any Democrat out there!
Oh, by the way, we Republicans like you media people even less. And don't make us choose between a Democrat and Putin....you might not like the results.
Posted by A Modest Scribler at 12:22 PM

I'll take Putin over a Democrat any day of the week. I'm pretty sure he can be reasoned with. Democrats can't be. With them, it's my way or the highway. Too bad Jim Jones isn't still alive. I think he could have taken care of the problem. Hey, Dems. Kool aid anyone?

Oh my...Jim Jones, Frank? Then again, you may be right. The Dems today are just whacko.

Have you noticed Democrats NEVER sway from the Party Line? They follow it lock, stock and barrel. They always vote the same. Congress, Senate. Nobody bucks the system. The head Dims make the rules, everybody follows. Lemmings. Not an original thought in their tiny little heads. And if anyone even thinks about voting against the Party? Threats. You will be ostracized. THAT really is sad, my Friend.

You nailed those Dems.

If you're voting for a presidential candidate, wouldn't you want a guy who puts his country first and foremost. I don't have any doubt which country Putin is working for. Obummer and the others, no one knows what their hidden agenda is.

Jeff, I'm pretty sure Obama was working against us. He had this universalist ideal with a one world government.

Democrats push that Hobson's choice because they know they don't match up - and I mean ANY Democrat - against Trump. Warts and all, Trump is infinately preferable to his opponent 2 years ago. And the leftists persist on going further left, seemingly oblivious to the fact that socialized medicine, amnesty, guaranteed income, etc. are not the requirement of the federal government. Histrionics only call more attention to the lunacy the left is descending into.

Randy, this is not the first time I've thought Democrats are suffering from some kind of mass insanity. And with every hissy fit move toward a bat shit, socialist idea they lose more of Middle America.