A Charitable Heart In Search of Poverty 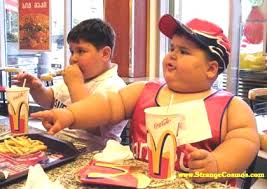 When I was a kid our neighborhood was a familiar thing; everyone knew everyone else, and when a need was seen we would rush in to fill that need.  And it would be done in the most sensitive way.  A pot of stew might be left at the door of someone needy.  A bag of clothes, a pair of shoes that no longer fit Johnny might be worn by Tommy up the street.  A church might collect a special donation to see a family through a rough spot...or even to bury a parishioner without means.  Any number of charitable clubs held fundraisers throughout the year and donated to the community needs.

The problem with charity today is that the government stepped in....stepped in when they learned they could buy votes with their "charity".  Oh, it wasn't really government charity because, in the end, they now simply raised your taxes in some bastardized form of "fundraising", then gives it away to others.

I see two big problems with today's forms of charity.  First of all, when the government confiscates your money, then donates it they do a very poor job of ferreting out the "gamers", those who neither need nor deserve charity.  Secondly, by playing "middleman" (or vote buyer), big government has succeeded in denying you the personal and intimate pleasure of giving to someone who really needs your help.

So, I look around today and I see abuse after abuse of big government charity.  The government taxes me to death to feed "starving school children".  Folks, have you seen these "starving school children?"  Walk or drive down to your nearest school and watch these herds of morbidly obese children forego a half mile walk home and board a bus that will haul their fat rumps the six blocks to home.  And yet, big government insists that we fund free breakfasts and free lunch for these obese juvenile diabetics that can no longer run a mile or do five pull-ups.  Hell, the Armed Forces are now having to turn away 70% of draft eligible recruits because they sport the physical profile of a 50 year old "couch potato!"

And, as if that weren't bad enough, big government now allows these "poor" obese folks to use their food stamp cards in fast food restaurants!  How silly is that?

Most assuredly the most damaging of big government "charity" has been the explosive expectations of those who receive this aid.  It is impersonal.  It comes through an electronic transfer into the 'poor's" bank account, either for food stamps, section 8 housing vouchers, or welfare checks, and neither shame for the failure to stand on one's own feet, nor gratefulness toward the "giver" is neither expected (except at voting time) nor given.

And what is "poor" these days?  Is a family poor if they are driving a late model car?  Are they impoverished if they own a big screen TV, an IPOD,  iPhone, or expensive gaming system?  What level of taxation is expected of us, the "true charity givers?"  Are we to pay more taxes so that the "poor" are left better off than those who pay the taxes?

So, I find it hard to find a charitable cause these days.  Most of those receiving big government charity are living better than me.  When I go to the Food Bank and drop off a few boxes of fruit I see long lines of people lined up for the free grub even as a "volunteers needed" sign in the Food Bank window goes unnoticed and unheeded.

These days I give to St. Jude's Children Research and Cancer Hospital and the American Humane Society.  Little kids with cancer need all the help they can get....and I've never seen an obese dog in my local dog pound.  Little kids can't vote and neither can dogs...or we'd all be out of the charity game completely.

Posted by A Modest Scribler at 5:42 AM

I currently give to P.A.W.S. Arizona. They've even opened a rescue adoption center in Superstition Springs mall in Mesa. Kudos to PAWS!!

Thanks for the heads up on PAWS, ARIZONA, Carol! I just looked them up and will start donating to them as well....I love that they are rescuing animals and holding adoption events!

Thanks for the heads up on PAWS, ARIZONA, Carol! I just looked them up and will start donating to them as well....I love that they are rescuing animals and holding adoption events!