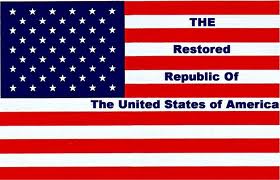 (AP)  In coordinated attacks,  forces of The American Liberation Front (ALF) invaded a number of Eastern inner cities early this morning and began a campaign to take back control of many of Amercia's most crime ridden neighborhoods.  Deploying in Battalion strength, and armed with semi-automatic weapons, small arms, shotguns and hunting rifles, as well as weapons seized in National Guard Armories, ALF forces achieved operational control of the most crime ridden segments of Newark, Baltimore, Richmond and Philadelphia overnight.   ALF forces had dropped leaflets over these ghettos the previous day, warning Black and Hispanic gang members that, unless they surrendered to ALF, they faced invasion and a massive show of force, with significant loss of life.   Colonel Patrick Henry, 4th Battalion Commander in Richmond, claimed to have killed or wounded over 500 hundred members of ethnic gangs who for the last two years have held our inner cities in a state of controlled chaos.

President Barack Hussein Obama issued a statement that lamented the loss of life and vowed to bring more federal forces to bear on ALF forces to put down the civil war that began on April 15th, 2014.  Obama acknowledged the difficulty of the task considering the wide spread rebellion that began when American patriots refused to accept still another tax to fund the President's wide array of government programs.  The Cap and Trade program, now two years old, has effectively tripled consumer utility rates, and, these costs added to the already burdensome Obamacare premium surcharges, $6 dollar gasoline and effective tax rates of 70% were the final straw which led to what historians are now calling our "2nd Civil War".  As most Americans are aware, the firestorm of war began as China, in January, 2014, opted to redeem over $2 trillion dollars in U.S. government bonds.  The New York Stock Exchanged collapsed on that day and Citibank, JP Morgan, Wells Fargo and Bank of America all closed their doors in a historic collapse of the banking system.  After emergency meetings in Congress as well as the White House, the federal government announced a halt to the funding of Social Security, Medicare and Medicaid, Food Stamps and all federal welfare programs.  The financial collapse was accompanied by a total dollar collapse.  As of today the U.S. dollar is trading at a 1,000 to 1 ratio against the Japanese Yen and China refuses to even open a market for the U.S dollar.  In February 2014 the Federal Reserve raised interest rates on federal loans to 35% in an effort to reign in a 50% inflation rate which exploded concurrent with the collapse of the U.S. dollar.   In the wake of massive business failures across America federal revenue dropped from over $1.3 trillion to less than $600 billion which leaves the federal government a $2 trillion dollar shortfall to cover all federal expenditures, the decline in revenue made worse by a 35% unemployment rate.  Economists now say that $600 billion is needed just to pay the interest on the now $25 trillion in national debt.  Last December President Obama threatened to default on our debt if monetary help wasn't forthcoming from China, Japan, Korea and Switzerland, four of the currently stable economies.

The blowup of our entire financial system led to wide spread rioting throughout the nation as the tens of millions who have depended on a government check for most of their lives found themselves out in the cold.  Much like the Greek riots of 2011 and 2012, Americans have since taken to the streets in protest of the Great Depression of 2014.  The situation worsened when widespread looting, home invasions and street crime escalated out of control.  Calls for federal protection from a concerned citizenry was met with apathy as the federal government could not deploy sufficient military forces to quash the widespread violence.

The American Liberation Front (ALF) began forming in March of 2014 and achieved organizational status in April of that same year.  Using Facebook, Twitter and other Social Networking Sites American patriots began to band together to defend their property and take back America.  The movement spread like prairie fires across the wide expanse of the American continent.  Elements of the American Tea Party merged with a plethora of other citizen groups and began conducting weapons training, unit drills and battle tactic exercises on high school football fields and in rural areas throughout America.  Trained by military veterans, the ALF became a significant force in restoring order in a number of cities beginning in the summer of 2014.  However, after hanging former Speaker of the House Nancy Pelosi from a tree in Golden Gate Park in San Francisco President Obama ordered the U.S. military deployed to San Francisco to take back control of the city.  Upon that order half of the U.S military deserted their units and began taking up arms with ALF.   Residual military forces were called back and redeployed to Las Vegas, Nevada where rioters hung Senate Majority Leader Harry Reid from the neon smiling cowboy sign on the Las Vegas strip.  In response to the attack on two of our most prominent Democratic leaders, President Obama ordered up additional security for Senator Chuck Schumer of New York, Congressman Charlie Rangel from Harlem, Dick Durban of Chicago and Congresswoman Maxine Waters from Watts, Los Angeles.  As a further precaution, Vice President Joe Biden was asked to fore go his taxpayer subsidized nightly AMTRAC trip to his home in Delaware and remain at Blair House for the immediate future.

After the success in San Francisco, elements of ALF from Northern California joined with Southern California elements, Nevada and Arizona elements to quickly take control of Los Angeles.  Operational control of Los Angeles was achieved rather quickly as ALF drove over 12 million illegal aliens across the border into Mexico, leaving Americans once more the majority rule in the Golden State.

It is said that ALF forces now number over 20 million and, having taken over most of the Western United States, began moving into urban problem areas on the Eastern Seaboard this month.  This morning's clash with urban gangs in these cities represent the biggest push yet as ALF vows to restore order and restore our Republic.

Having achieved operational control over many of the key urban centers, ALF leaders say they are demanding that Barack Hussein Obama resign immediately,  that he cease appointing any more program 'czars', that he cease immediately issuing "edicts" to circumvent Constitutional law.


Note:  No one knows how the 2nd Civil War will play out, nor who the victors will be, if any.  This is simply a scenario that is as good as any.  The only thing we know for sure is that it's coming and it won't be pretty.  And please don't say it can't happen here.  It's already happened a dozen times in Eastern Europe and Greece and Spain...and it happened to an empire that lasted far longer than ours...700 years and the empire was Roman.


P.S.  When these patriots begin taking back America, go ahead and call them radicals and terrorists; so were George Washington, John Adams, Thomas Jefferson and Benjamin Franklin...the ALF would be in good company.

You are still one sick demented individual living in a fantasy world. Hopefully you will find the right medicine to control your seizures of grandeur and fiction.

Anyone who doesn't see that this is a realistic possibility, has his/her head in the sand.

Vietnam Vet; I seemed to remember when a "majority of torries" said the same thing about Washington and Adams and Jefferson and Franklin.

And when Henry Clay began warning about a civil war a decade before it broke out they termed him nuts.

We shall see who's demented, won't we.

Frank, as you know, there are many, many heads in the sand...and like it. Sad.

As long as it is a fantasy, depressing as it may be and a realistic possibility as it also may be, DO WE REALLY NEED TO HAVE OBAMA STILL IN OFFICE?? Geez wouldn't Alf dispatch with him first? If Romney was in the White House at least we could have our "Blame it all on obama" fest.

Well we've been greasing our hardware and storing up some groceries and fuel because contrary to the "Veteran" here, it just seems to be a real possibility and as ugly as californians are, I want to be able to get out of here when it happens and not have to worry about anyone in my way.

Hopefully, Romney will win though, I'm rootin' for him!