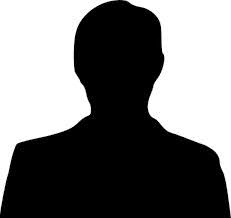 He was something of a devil, with an angel's voice.  He could take any one's song and make it his.  And his voice would transport the listener to heaven...for three minutes or so.

He was born in Mark Twain's home town of Hannibal, Missouri.  Perhaps hearing the siren calls of Huck Finn, he left home at 14 and landed in St. Louis.  He ended up earning his beans and beer playing piano and singing sad little ballads that left the drunks in tears.  Later, finding so many saloon pianos poorly maintained, he learned to play the ukulele....only because the ukulele was the cheapest instrument in the music store.  It was in those St. Louis saloons that he would earn the title "Ukulele Ike".

It was the roaring twenties and he moved on to Chicago.  There in the speak easies he would find a talent for taking a mainstream tune and turning it into jazz that got the feet to tapping.  He recorded his first tune for Pathe records.  He would become such a hit that he would end up on Broadway and win over an audience with a single song.  He had such hits as "California Here I Come" and "Yes Sir, That's My Baby" but it was when he sang a ballad that the audience would be transformed...lifted to a higher plain.  His "I'll See You In My Dreams" sent hearts a fluttering.

But when the spotlights went down and he exited the theater, he encountered demons that he couldn't defeat.  He plowed through three wives in little more than a decade.  He was both an alcoholic and drug addict.  He would achieve great wealth, spend more than he made, and go through bankruptcy three times.

But God's grace seems to shine on even the lost ones.  So, in 1940 a young Walt Disney came along and offered him voice parts in "Dumbo" and "Pinocchio".  Walt felt that no one could sing the magic, no one could uplift the heart and the spirit like this man's voice.

His success with Disney would win him small movie roles and other voice-over parts but his demons always prevailed in the end.

At the end of his life he would end up destitute.  He died in a care home in 1971, and he didn't leave enough money for his own burial.  Walt heard about it and offered to pay for his funeral...but the actors guild stepped in and paid for it.

And that should have been it!  But it wasn't.  Because five generations have had their heart's melted by his signature song....Walt was right!  No one could have sung this song as well as Cliff Edwards.  Maybe it was because one could hear both sadness and happiness in his singing....perhaps he longed for his own life to be as fine as the songs he sung. 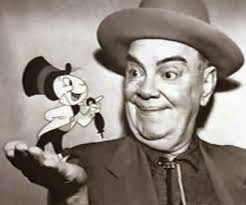 You are a good story teller, my friend. We will never forget "Jiminy Cricket" and maybe never understand the demons in all of us.

Thank you, Jerry...and it is true, we all must all deal with our own personal demons.

Learned something as always reading your blog.My demons have a twisted sense of humor.