Jobs vs Gates; IMAC vs PC 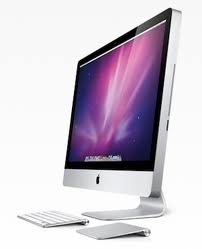 Okay, I'm going to, at minimum, irritate you PC folks...and I really don't give a damn.  I've more than paid my dues with PC woes over the years and have earned the right to bitch about them.

Since 1990 I have owned a dozen PC's.  During all those years of ownership I endured a "hate-hate" relationship with them.  I put up with 303 errors, blue screens, 6 or 7 minute boot up times, dozens upon dozens of viruses and worms.  I've had to endure years and years of shitty Windows versions and, lastly, I've never been able to escape the "Microsoft Clutter" that eventually clogs up the PC so badly that even "CLEANERS" can't clean up the programming mess.

Last November the fan on my PC went out.  Luckily, Apple was giving a "veterans discount" on their IMACs and MAC Airs.  I decided then and there that I was finally done with Bill Gates and his crappy operating program.  I went down to my local Apple Store and bought an IMAC.   I paid twice what a cheap PC would cost...and it was worth every penny!

As soon as I walked into the Apple Store I was greeted by one of their floor people, an Asian girl who asked what I do with a PC and recommended the best IMAC suited for my needs.  She then walked me through an orientation, got me signed up with Apple and arranged to have all my old PC files transferred from my old PC to my new MAC.  As part of the Special I was given free classes for one year so that I might optimize my use of my new MAC.

I have never needed a single class.

The first thing one notices as you carry out your new MAC is how light it is; no bulky CPU Box.  Everything you need is in the monitor portion of your computer.  I took my new MAC home, unboxed this beautiful and elegant computer, placed the batteries in my wireless keyboard and wireless mouse and right away began using it.  No half dozen connections to make, just a single plug in from my printer, which is not wireless, and I was ready to go.  All of a sudden half of my computer desk was empty and clean.

I had all the programs I needed on the MAC except for a word processing program.  I paid Apple $20 bucks for "Pages" which is a great word processing program that will convert automatically to word when I need to send documents to a PC user.  All the other programs were easy because Jobs and company have made their program intuitive and easy to comprehend, even for a dummy like me.

The color and image graphics are bright and crystal clear and truly lovely.  Every command on IMAC is executed instantly unlike the balky response in Windows.  Although I have no external speakers the sound emanating from my MAC IS amazing;  my music plays back with a quality not unlike the best sound systems available and the movies viewed on the MAC are equal to the best of HD televisions.  Best of all; my MAC is never turned off, thus needs no "boot up".  The MAC, when not in use, simply goes to sleep.  In the morning when I go to my computer, three taps anywhere on my keyboard brings my MAC to life instantly.

Okay, you PC weenies, go ahead and crucify me; call me an Apple Snob...but by God, I now have a computer that works for me rather than the other way around.  God bless Steve Jobs for being bastard enough to demand perfection in his computers.
Posted by A Modest Scribler at 8:02 AM

Don't worry, when the sheen wears off, you will see that Macs are no different from PC's.
Of course, I doubt you were ever a PC user cause there is no such thing as a 303 error in Windows. There is a 303 error in HTTP, which is platform independent. I'm sure you're just another Apple fan boy just bashing on PC's for no reason.

"I was greeted by one of their floor people, an Asian girl She then walked me through an orientation"
So you were DISoriented and the asian girl helped get you more oriented? haha

I agree! Over the years I went through dozens of PC's and usually had to replace them after a year due to all the problems I encountered. I switched to a Mac 3 years ago and I have never had ONE problem yet. Not ONE! I'll never go back to a PC. Ever.

Thanks everybody for your comments! Re the 303 error, I'm probably wrong on the error number; that's okay; take your pick...with Windows I had hundreds of them...in the six months I've had a mac never had a lockup, freeze, error message or any problem. I fully expect to get hammered by the "hate Apple" folks...that's okay. I see that all the time but it's really just from cheapies that won't pony up for an MAC. Tee her.