The Death Rattle of Liberal Propaganda 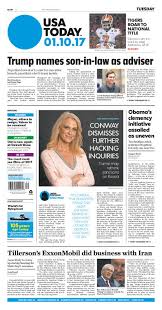 News out this morning that New Media Corporation, soon to be the new owner of the Gannet Corporation's USA Today and its 109 regional's newspapers, plans to scrap most of the USA Today's print edition.
To understand just how far Gannett has fallen one needs to understand its history. USA Today was founded by liberal flame Al Neuharth. Neuharth badly needed a media source to fight off the conservative success of one Ronald Wilson Reagan. So he and his liberal ilk started a comic book version of a newspaper. USA Today was colorized, with a bright weather map, a decent Sports section, a "Reader's Digest Condensed Version" of the news, with an editorial page that devoted itself to promoting its socialistic agenda.
For a time Neuharth succeeded. As the attention span of Americans began to dwindle to that of a six year old USA Today achieved a circulation of nearly 3 million readers. (A third of that circulation deposited outside your hotel door each morning.)
Then the internet came along. Today USA Today's paid print subscribers have fallen to less than 200,000 with another 200,000 purchased at greatly reduced subscription prices by various hotels chains.
The problem with USA Today's demise is not just due to the digital revolution. Gannett and USA Today's problems began when they and their 109 regional newspapers (including my own Gannett owned Arizona Republic) began tilting and censoring the news.
One of the founder's greatest achievements was the decriminalization of the illegal crossing of our southern border. USA Today led the fight to transform the term "illegal alien" to "undocumented immigrant". And it was the Gannett newspaper chain that began to publish two or three pages of their A Section into documenting the immigrant's plight. The newspaper chain also began censoring, or eliminating entirely, news reports of home invasions, hit and run driving, ID theft, soaring insurance rates attributable to car theft and hit and run accidents, and any mention of Latino urban gang activity. Simply said, Gannett lost touch with middle America.
We have seen these liberal stumbles in many forms. Dozens of liberal oriented radio talk shows have failed over the years.......even as conservative talk radio blossoms. Gannett's regional print newspapers have been put on the critical list, their print editions falling to ten percent of what they once were. Even the California based Mclatchy chain have folded some of their papers and have ceased publishing a Saturday edition. Conditions are so dire in "Liberal Land" that, soon, thousands of liberal scribes will be looking for new jobs.
Even the two national giants, the Washington Post and New York Times have seen their print reader base shrink dramatically. I can only surmise that editorially liberal newspapers simply can't survive in an America that, despite the Progressive's most valiant attempt, still see life from the center of the political spectrum.
There was a time when our newspapers came to us with great, unbiased national reportage from UPI and the AP in the A Section, interspersed with local coverage from local reporters. Then, on the Opinion Page, one could read an equal number of syndicated columnists from Right or Left, leaving the reader to decide for himself. Today the Gannett's and the McClatchys serve as a propaganda arm for the radical Left.
And those liberal chains are choking on their own poison. And they are being abandoned by their once loyal readers. Instead the smart readers are going online for their news, sifting the wheat from the chaff, and trying to find the truth somewhere in the middle.
Russia's Pravda, the publishing arm of the Russian government, the propaganda machine that kept Russians in line, is funded by the government. There is no such entity in the U.S. So the liberal propaganda machines are dying off, even as we listen to their final death rattles.
Posted by A Modest Scribler at 2:00 AM

Good riddance.Picking sides alienates almost 50% of your Readers. THAT'S plain Dumb. Stick a fork in them. They're done.