When Government Goes Into Business 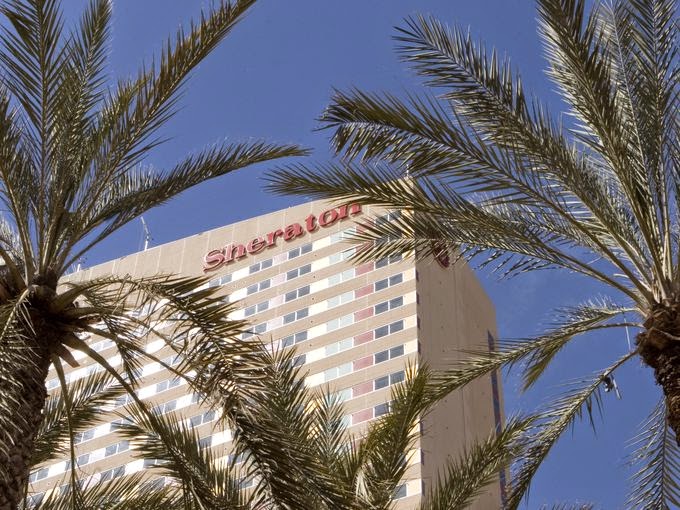 "When Government Goes Into Business"

Phoenix has been ruled by liberal Democrats for many years. The ethnically diverse culture of downtown Phoenix is an island smack dab in the center of a largely conservative state.

So, back in 2008 Phoenix decided to go into business and buy themselves a Sheraton Hotel. They invested more than half a billion dollars in the place. Then they staffed it with their favorite unions and kept workers happy with juicy pay and benefits packages and bumped their salaries up each year. Not surprisingly, the Phoenix owned Sheraton is bleeding money...so much so that the city is nearly bankrupt and can't finance municipal needs.

They've hiked parking rates (which drove downtown shoppers to the suburbs), they implemented a tax on food, and you need a bankroll to pay for the various city fees they assess to even talk to a municipal bureaucrat.

Now, to provide a little perspective, the Sheraton Corporation operates more than 400 resort hotels worldwide...and they do so at a nice profit. But, surprise, surprise! Phoenix bureaucrats can't! After investing half a billion to buy the hotel, and tens of millions more trying to keep the doors open, the city still owes nearly $400 million dollars, having lost $38 million dollars during their brief eight year ownership.

So, those wise Phoenix bureaucrats are now contemplating selling the place, at a loss. Moral of the story: don't let your government masters go into business...it will cost you dearly. Find a ponzi scheme somewhere...believe me, you'll be better off!

Just taking a shot in the dark, I am guessing it is not "their" fault.

You got it, Craig!

I wasn't shocked either, Carol. Thought the whole idea was crazy when they first started talking about it.

Something similar with a hotel in Trenton NJ.

Yeah, anon...government bureaucrats can screw up just about anything.